Our family has been involved in the “Oriental” rug business since the turn of the century. Husney Mahfuz came to this country from Lebanon, after closing stores in Damascus, Syria, and London, England. He opened his first American venture in Watertown, Massachusetts, and then later moved to Boylston Street in downtown Boston. The store was called Araby Rug, was one of the most famous stores of its day, and stayed in operation until the 1980s.

Fred (Fouad) Mahfuz, the son of Husney and middle child of five, loved small towns and didn’t want to bring his family up in the Boston area. He found Nashua while delivering rugs from Boston, and decided it was the perfect city in which to raise his young family. In 1953, with $300.00 cash, and four young children, he moved to Nashua and opened his first store at 75 Main Street. We have been located in downtown Nashua in various locations ever since.

At first, Fred didn’t have the resources to carry any new Oriental rugs. However, it was a time when many families were covering up their hardwood floors to install wall-to-wall carpeting so many used Oriental rugs were coming on the market. From this source, he built his first inventory and got the business started. He kept things small at first, so it didn’t take much to keep the business running.

Sy (Hussien), Fred’s oldest son, had a keen interest in the business from a young age. As an eight year old, he remembers going to work with his father, turning the key to unlock the front door, and never wanting to do anything else after that. He started vacuuming and cleaning rugs, assisting on deliveries before he could even drive, and installing carpeting at a young age. Many of his helpers were sometimes three times his age. Fred always assured his clients Sy was perfectly capable and skilled.

Not only did he have a talent for the various techniques he learned, but he had the drive and hunger to be a success in business. Sy was told by his father that all the local business owners thought he would fail. He explained that the only way to succeed was to prove them wrong. This moment became one of the driving forces of his success in business, the community, and the rug industry.

Fred passed away in 1981, leaving the day-to-day business responsibilities to his son, Sy, who was only 25 and had two young children of his own. Even today, the whole foundation of Persian Rug Gallery exists because of the lessons Fred taught his son. It was evident that he had a natural sense of business and a mentor who gave him the foundation in customer service, rug classification, room design, cleaning, and repair to create the Persian Rug Gallery that you see today. Sy and his son, Fouad, talk about Fred almost every day and still use him as an inspiration for success. Fred’s legacy will live on through the fourth generation.

Much has changed since 1981. PRG has expanded from a “mom and pop” type store, around 2,000 square feet with rug cleaning in the basement, to almost 17,000 square feet, including a state of the art cleaning facility located off-site about three blocks away from the showroom. As the industry changed, Sy was forced to change as well, re-inventing his company many times based on the interior design trends, and what he felt were “calculated” risks on where his money and energy was best served in the industry.

PRG continues to sell the traditional Oriental and Persian style rugs, but the colors, designs, and styles were changing in the rug industry. Now, carrying area rugs exclusively, they specialize in hand-knotted, power loomed, and machine-made area rugs in all styles and types. From the highest fashion Tibetan contemporary rugs to fine art, investment quality antiques, and everything else in between. The relationships they have fostered with the manufacturers and suppliers have been a huge part of PRG’s success. Sy is most proud of his reputation within this small industry. In fact, they are able to manufacture almost any rug, custom sizes, colors, and designs, from almost any rug supplier in the world.

Fred always felt the best way to grow a business is by getting involved with your community and making a difference. He often said, “Give back at least as much as you get.” Sy always admired his dad’s generosity and commitment to his community. PRG is involved with Nashua because Sy believes we have a responsibility to make it a better place to live for our children and grandchildren. Both Sy and Fouad serve on numerous boards of directors in Nashua and support many as organizations as they can.

Around 2005, Sy was considering his next move. With more than 30 years of running his business and serving the community, it was time to either sell or close the business for good. When he mentioned this to his son, Fouad, Sy was shocked at his response. Fouad told his dad he was unhappy in his current field and had been thinking about helping in the family business if there was room for him. Sy and Fouad are currently running the business together and making some major changes to the brand, the store, and their products while holding on to the ideals passed down by their predecessors. Both are excited for the future, even though the rug industry is facing some uncertain times ahead. Every generation faces challenges, and PRG has learned from the past and is progressing into the future to continue to be a leader in the community and rug industry. 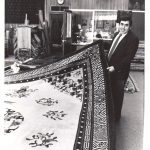 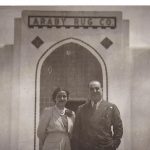 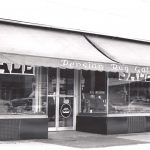 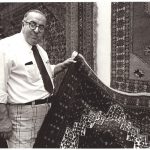 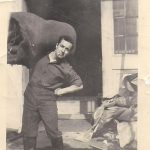 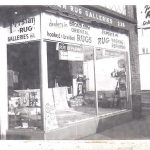 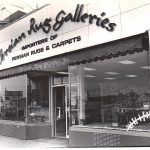 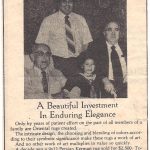 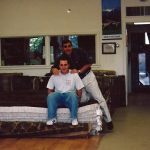 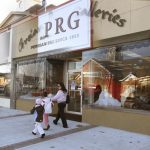